Apple Music VS. TIDAL Side by Side Streaming Music Comparison

TIDAL is the first global music streaming service with high fidelity sound. But Tidal is now far from the only hi-res player in the music streaming game, with Qobuz, Amazon Music HD and Apple Music. also offering better-than-CD streams. Apple is bringing lossless tracks to Apple Music sometime this June at the same price as their former lossy-only tiers. Six months later,Tidal is finally responding by launching a free tier(US only) and a new, less pricey HiFisubscription($9.99/month). So with the same price, which is better?

In this article we will compare TIDAL and Apple Music in several aspects.

In November 2021, Tidal responded to moves made by competitors earlier in the year to weaken it and offer high-definition streaming at a fairly low price - and it did so by changing its tiers and pricing structure.

In the US? Luck you. US customers can now take advantage of the service’s first-ever free plan, called Tidal Free, which offers streams of the complete library of 80 million tracks at 160kbps with “limited interruptions”.

The Tidal Premium tier (£9.99, $9.99, AU$11.99 per month) that offered 320kbps quality has now been rebranded as Tidal HiFi and streams at up to 1411 kbps (i.e. CD quality), as well as offline capabilities and access to features such as Tidal Connect, for that same monthly price.

The top tier, formerly ‘Tidal HiFi’, is now known as ‘Tidal HiFi Plus’ and remains £19.99 ($19.99, AU$23.99) per month. It brings audio quality up to 9216 kbps (i.e. hi-res) by supporting Tidal Masters via Master Quality Authenticated (MQA) technology. It is also the tier you have to subscribe to in order to listen to immersive music in Dolby Atmos Music and Sony 360 Audio.

Apple Music has over 100 million songs and 30,000 playlists. Besides, you can access your entire library from any device and listen online or off. Download 100,000 songs to your library.

TIDAL has over 90 million tracks and 450k+ videos.

Apple Music: After you add music to your library, you can download it to your device to listen to offline. Apple Music allows you to download songs on iPhone, iPad, iPod touch, Android device, Mac or PC. Download up to 100,000 songs to your library.

TIDAL: You can download up to 10000 songs on Tidal. Offline use is only available for the TIDAL mobile app. You can't download content with TIDAL desktop app. You can use 1 device in online mode and 5 devices in offline mode simultaneously.

It's true that lossless quality music streaming has been around for years, thanks to dedicated lossless streaming services like Tidal, Deezer, Qobuz and, more recently, Amazon Music HD — but it's always been expensive (like twice as expensive as most "Premium" subscriptions). Now that Apple and Spotify are getting into the mix, lossless audio is about to get way more affordable and accessible.

If you already own a variety of Apple products, staying the course with Apple Music might be the best way to go. Its integration with iPhone, Apple Watch, Homepod and more lets you transfer audio between devices easily for a seamless listening experience. Plus, it’s also configured to communicate with Siri.

Apple's HomePod speaker is designed to be used in conjunction with ‌Apple Music‌. You can stream audio to ‌HomePod‌ from a device running the Tidal app, but that's it. On the other hand, Tidal supports Chromecast, Android TV, Sonos speakers, and Squeezebox, while ‌Apple Music‌ only works natively on ‌HomePod‌ and Amazon Echo devices.

Apple Music and TIDAL now offer lossless audio with the same price. If you persue lossless music, just pick any one of them, although Apple Music's access your entire library may be a extra credit.

For music melomaniacs, Tidal's HiFi Plus tier has extra appeal and will no doubt still appeal to those with MQA-supporting hardware.

Extra tips: How to download Tidal music to MP3 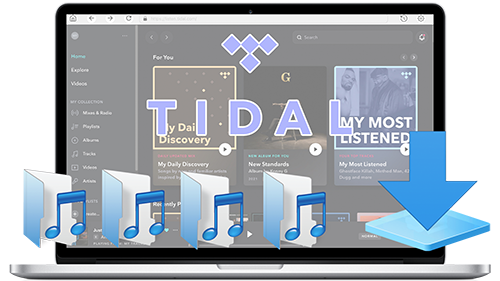 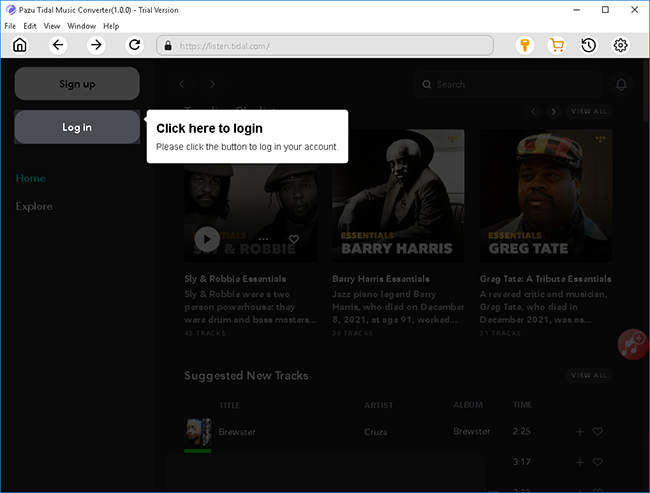 If you have purchased a license, click the key icon to register the converter. If not, continue using the trial version. 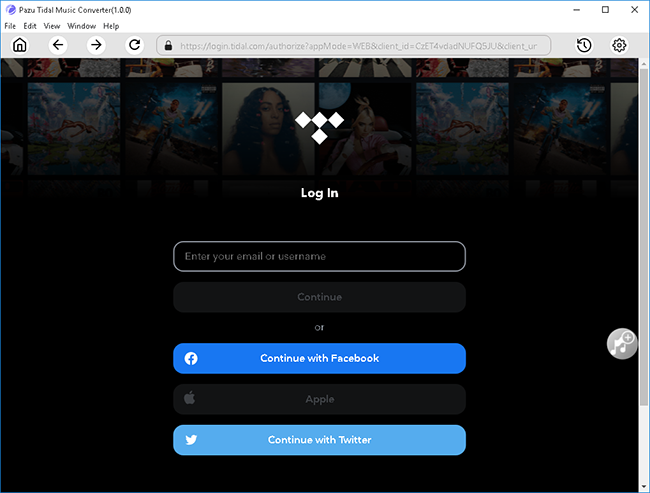 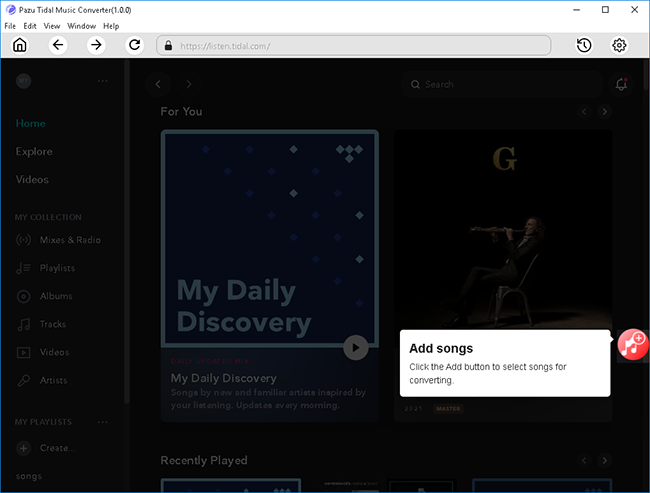 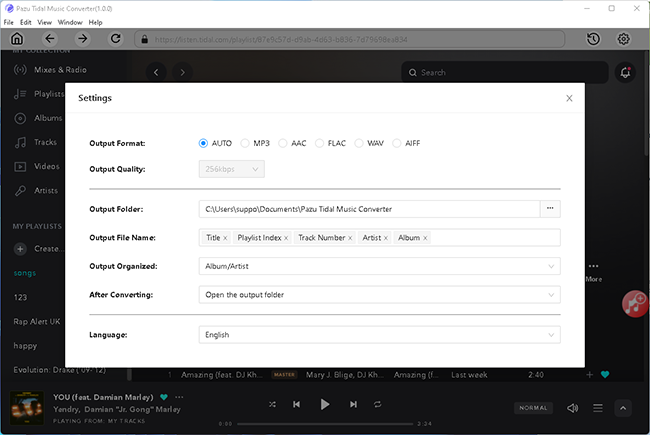 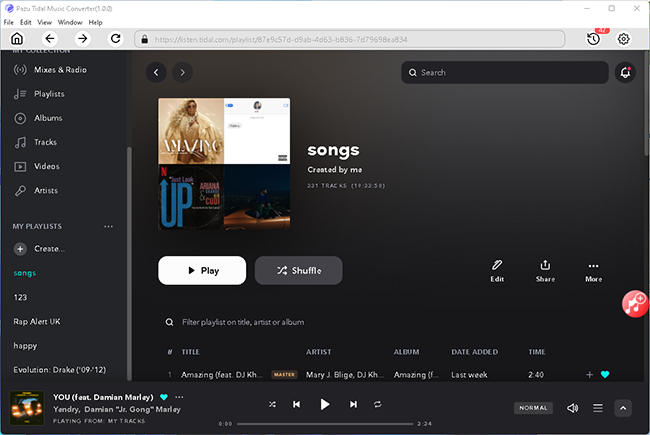 Then click the red icon to load songs. All songs in the playlist will be added by default. You can uncheck the songs you don't want to get. 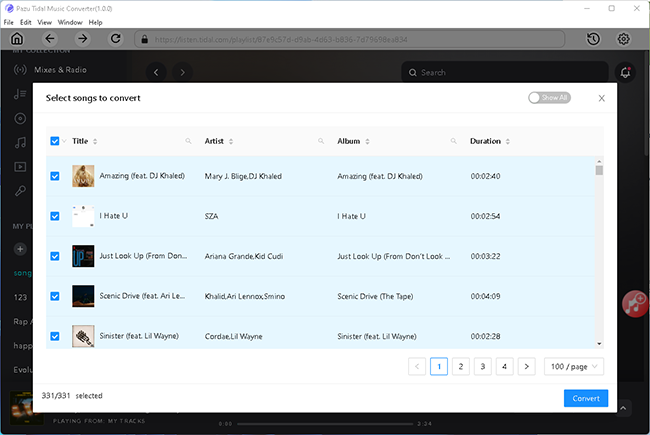 Click Convert button to start downloading Tidal music to the format you choose. 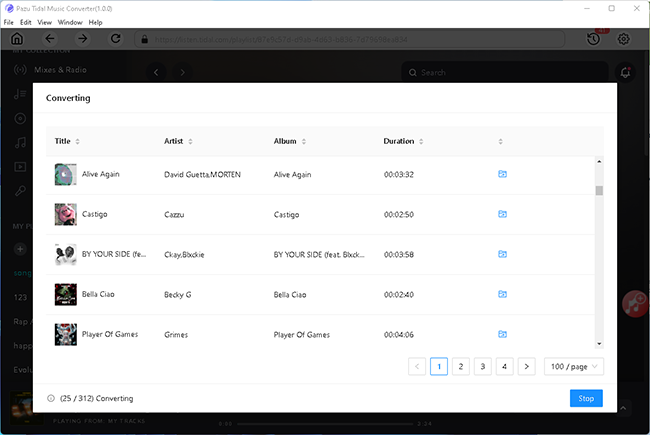 After conversion, click the folder icon to quickly locate the downloaded Tidal songs in the format you choose. You can then transfer and play it anywhere. 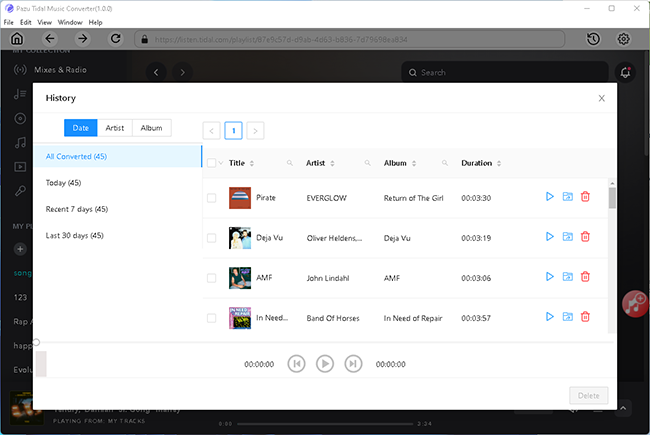